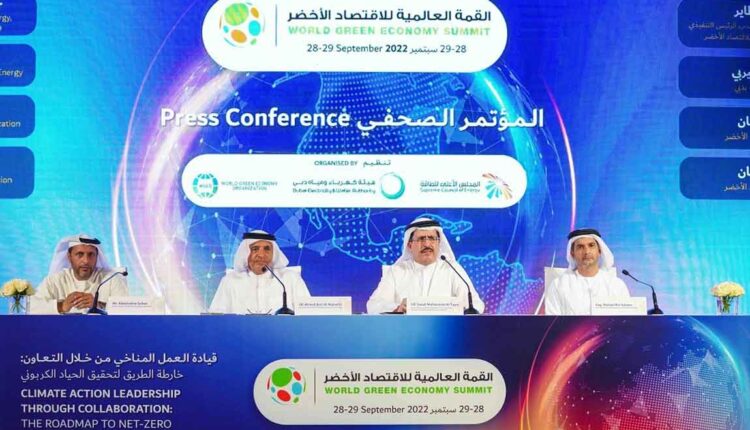 • Summit will be held under the theme ‘Climate Action Leadership through Collaboration: The Roadmap to Net-Zero’ on 28-29 September 2022 • Winners in the 4th Emirates Energy Award will be announced during the summit

To be held under the patronage of HH Sheikh Mohammed bin Rashid Al Maktoum, Vice President and Prime Minister of the UAE and Ruler of Dubai, the 8th World Green Economy Summit (WGES) will be held on 28-29 September 2022 at the Dubai World Trade Centre. WGES is organised by Dubai Electricity and Water Authority (DEWA), the World Green Economy Organization (WGEO) and the Dubai Supreme Council of Energy, in collaboration with several international organisations.

During a press conference in Madinat Jumeirah, HE Saeed Mohammed Al Tayer, Vice Chairman of the Dubai Supreme Council of Energy, MD&CEO of DEWA, and Chairman of WGEO, announced the completion of preparations for the 8th edition of the Summit, which will be held under the theme ‘Climate Action Leadership through Collaboration: The Roadmap to Net-Zero’. HE Ahmed Buti Al Muhairbi, Secretary General of the Dubai Supreme Council of Energy; Waleed Bin Salman, Vice Chairman of WGEO; and Abdulrahim Sultan, Director General of WGEO, were present. 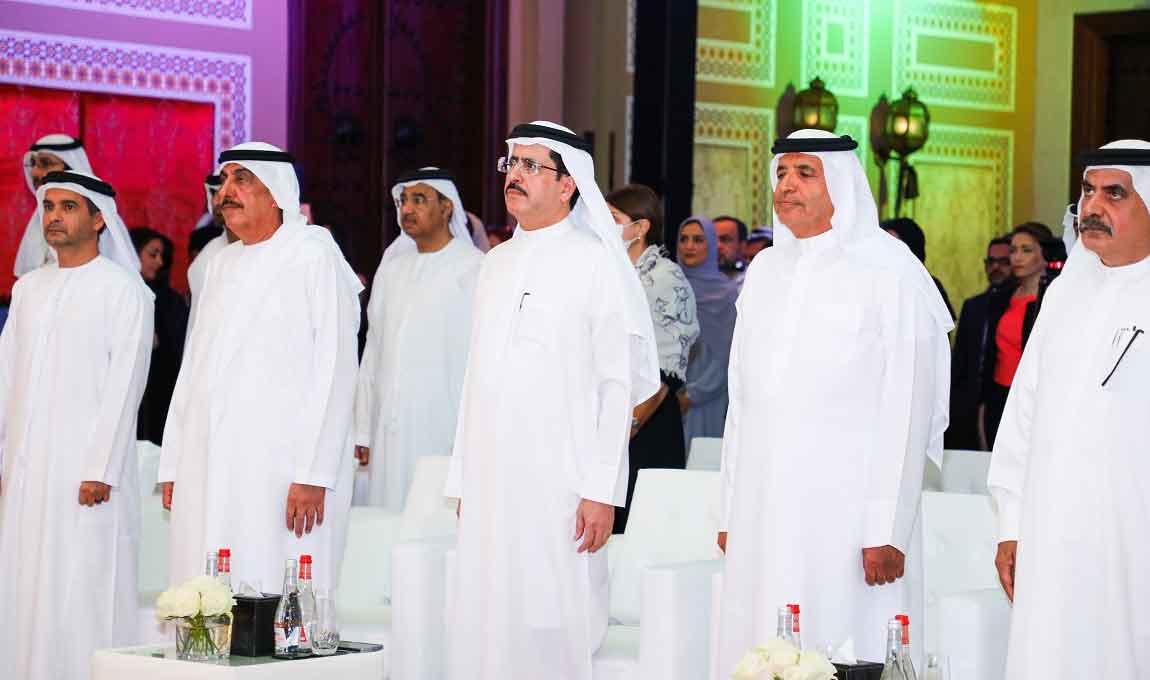 “This year’s Summit is being held even as the Middle East’s presence continues to grow the global sustainability agenda through effective strategies to adapt to climate change and combat its adverse effects. Egypt and the UAE are preparing to host the UN Climate Change Conference COP27 and COP28 in 2022 and 2023 respectively. The Arab world is central to global activities that aim to enhance climate action and achieve global targets. The World Green Economy Summit will contribute to strengthening cooperation among partners and stakeholders, as well as set the ideal environment for holding these two global events,” said HE Saeed Mohammed Al Tayer, Vice Chairman of the Dubai Supreme Council of Energy, MD&CEO of DEWA, and Chairman of the World Green Economy Organization.

“The 8th World Green Economy Summit will focus on four main themes: Energy, Finance, Food Security, and Youth. Discussions on energy will explore the decarbonisation of power grids, increasing the share of clean and renewable energy, and reducing fossil fuels. In relation to finance, the Summit will focus on attracting and encouraging green investments, while discussions on food security will explore various methods to enhance the flexibility and sustainability of the value chain to tackle the challenges related to food security. The Summit will highlight the need to support and empower the youth as they are the driving force for sustainable development and positive growth. The Summit continues to enhance the involvement of youth in climate action,” Al Tayer explained.

“This year’s Summit will also highlight the UAE’s commitment to supporting global efforts to accelerate the transition towards a green economy in line with the directives of our wise leadership. The Summit will be a platform to share the UAE’s leading experience in tackling climate change, as well as the various national strategies and initiatives to achieve net-zero and consolidate the foundations of a low-carbon economy. These strategies include the UAE Net Zero 2050, the Dubai Clean Energy Strategy 2050, and the Dubai Net Zero Carbon Emissions Strategy 2050 to provide 100% of Dubai’s total power capacity from clean energy sources by 2050,” he added.

HE Al Tayer also noted that in March 2022, the UAE Government, represented by the Ministry of Climate Change and Environment, WGEO and DEWA, hosted the first ever MENA Climate Week. The event achieved remarkable success and gained widespread praise from prominent institutions and figures concerned with climate action worldwide. The event attracted over 15,000 participants from 40 countries around the world who attended in person and virtually. It also attracted 500 global speakers and experts, including ministers and officials from the government and private sectors, and climate champions, in addition to officials from UN climate organisations. 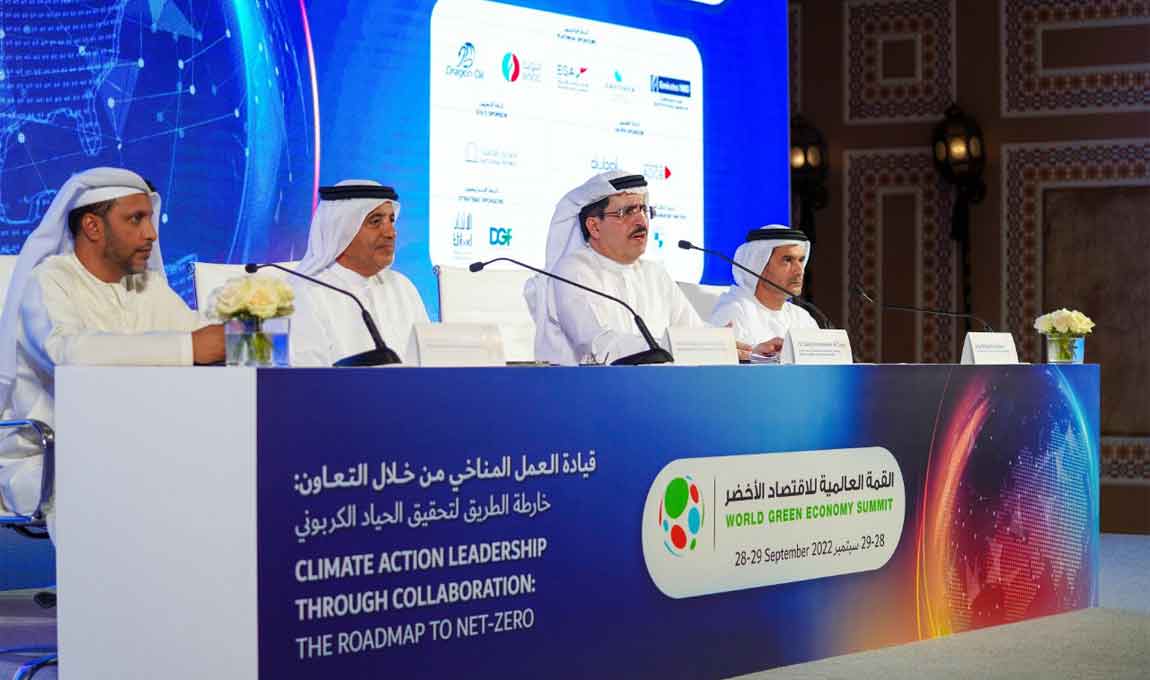 “At this edition of the World Green Economy Summit, we will build on the outcomes of the MENA Climate Week and the previous Summit, as well as follow up on the progress achieved since the 7th Dubai Declaration. The Summit will serve as a strategic platform to address the issues brought upon by international climate challenges and discuss the means and methods to prepare for a more sustainable future. The Summit will feature over 20 panel discussions and workshops, which will see the participation of global figures, prominent officials, decision-makers, intellectuals, and leaders of international institutions and organisations. They will share their insights and expertise on the best practices to advance the transition to a sustainable green economy,” he concluded.

Al Tayer commended the Summit’s sponsors, partners, and media for their support of the event and their contribution to accomplishing shared objectives to address global concerns and create a better future for the present and future generations.

Al Tayer explained that during WGES 2022, winners in the 4th Emirates Energy Award will be recognised. The Award is organised by the Dubai Supreme Council of Energy under the patronage of HH Sheikh Mohammed bin Rashid Al Maktoum with the theme ‘Inspiring Innovation for Sustainable Energy’. This cycle of the Award received 187 distinguished applications from 16 countries around the world.